This Day, February 24, In Jewish History by Mitchell A and Deb Levin Z"L

https://www.telegraph.co.uk/news/obituaries/1387072/Leo-Ornstein.html
https://www.milkenarchive.org/artists/view/leo-ornstein/
2002: “An exhibition of the work of colonial silversmith Mike Myers, one of the most accomplished craftsman working in pre-industrial America” is scheduled to open today at the Skirball Cultural Center.
2002: In Salt Lake City, the Winter Olympics where Sarah Hughes won a Gold Medal for Ladies’ Figure Skating came to a close today.
2002: The New York Times featured reviews of books by Jewish authors and/or of special interest to Jewish readers including A Life in Pieces: The Making and Unmaking of Binjamin Wilkomirski by Blake Eskin and Kindred Souls: The Friendship of Eleanor Roosevelt and David Gurewitsch by Edna P. Gurewitsch. (Gurewitsch, the son of Jewish immigrants from Russia was “Eleanor Roosevelt's friend, confidant, personal physician, housemate, and traveling companion during her post-White House years.”)
2003(22nd of Adar I, 5736): Ninety-two year old 10-time Oscar nominated composer Walter Scharf passed away today.
http://articles.latimes.com/2003/feb/28/local/me-scharf28
2003: An International Conference hosted by the Dubnow Institute on “Transforming Religious and Ethnic Emblematics of Judaism and Jewishness” ended today.
2003(22nd of Adar I, 5736): Ninety-two year old composer and arranger Walter Scharf, “the son of Yiddish theatre comic Bessie Zwerling” who worked with everybody from George Gershwin, to Rudy Valle, to Al Jolson to Elvis Presley passed away today.

http://www.chicagotribune.com/entertainment/chi-harold-ramis-dead-20140224,0,4983189,full.story
2014: Ian Heath Gershengorn, Principal Deputy Solicitor General, U.S. Department of Justice, is scheduled to address the Hadassah Attorneys Council in Washington, DC.
2014: In New Orleans, the Jewish Studies Department of Tulane University is scheduled to present a lecture by Tome Beller entitled “J.D. Salinger’s Late Barmitzva.”
2014: According to a report today on the news site timenews.in.ua, the Giymat Rosa Synagogue in Zaporizhia located 250 miles southeast of Kiev was firebombed overnight.
2014: Israel is facing the driest winter since 1927, Ma'ariv reported today, leaving experts concerned. The Kinneret (Sea of Galilee)'s water level has dropped by four centimeters since the rainy season began, compared to a 1.97 meter rise over the same five-month period in 2013. (As reported by Tova Dvorin)
2015: The Tulane University Jewish Studies Department chaired by Professor Brian Horowitz is scheduled to host a lecture by Antony Polonsky entitled “Writing the History of the Jews of Poland and Russia.”
2015: Robin Renwick, former British Ambassador to South Africa is scheduled to discuss Helen Suzman’s extraordinary life and achievements with her daughter, art historian Frances Suzman Jowell and niece, actress and director Janet Suzman at the Jewish Museum in London during Jewish Book Week.
2015: The Center for Jewish History is scheduled to present “Roads Taken:  The Great Jewish Migrations to the New World and the Peddlers Who Forged the Way.”
2015(5th of Adar, 5775): One hundred and nine year old Wall Street investor Irving Kahn passed away today.
http://www.nytimes.com/2015/02/27/business/irving-kahn-oldest-active-wall-street-investor-dies-at-109.html?hpw&rref=obituaries&action=click&pgtype=Homepage&module=well-region&region=bottom-well&WT.nav=bottom-well&_r=0
2016: Itzik Barak the executive chef from Jerusalem’s Waldorf Astoria is scheduled to prepare 150 plated dishes of the Seven Species for the panel of judges at the annual Tastes of Waldorf Astoria competition.
2016: “The Breman Museum is scheduled to sponsor "Fitting In: A Short History of Jewish Film in America" at The Temple in Atlanta, GA.
2016: “Baba Joon” “Israel’s submission for the Best Foreign Language Film Academy Award” is scheduled to be shown on the opening night of the 26th Annual Washington Jewish Film Festival.
2017: In London, JW3 is scheduled to host a pre-Shabbat celebration combining singing and challah baking.
2017: “Major roads and key thoroughfares were blocked to traffic in Tel Aviv today for the city’s marathon, with an estimated record number of 40,000 runners from across the country and abroad taking part in the annual event” which was won by Ethiopian runner Balata Mekonnen.
2017: The Oxford University Jewish Society is scheduled to host both Orthodox and Egalitarian Kabbalat Services, followed by Shabbat dinner and voting for next term’s president and vice president.
2017: At Agudas Achim, Professor Robert Cargill is scheduled to deliver a lecture in which he “unfolds biblical verses talking about the kind of life one ought to live and about the origin of the z’’l tradition.”
2018(9th of Adar, 5778): Shabbat Zachor;
2018(9th of Adar, 5778): Ninety-three year old Latvian born Kalman Aron, the “American portraitist” who used skill as a sketch artist to survive the concentration camps passed away today. (As reported by Sam Roberts)
https://www.nytimes.com/2018/03/07/obituaries/kalman-aron-whose-art-spared-him-in-the-holocaust-dies-at-93.html?hpw&rref=obituaries&action=click&pgtype=Homepage&module=well-region&region=bottom-well&WT.nav=bottom-well

2018: Agudas Achim is scheduled to host the Hillel Adult B’nai Mitzvah Service.
2018: Twenty-one year old Miss Internet Tamar Morali is scheduled to take part in “the final stage of the Miss Germany Contest today in Germany’s Europa Park.”
2018: “Israeli company Roy Assaf Dance is scheduled to perform at the Norman Rothstein Theatre.
2019: “Roman Vishniac Rediscovered,” the first UK retrospective of the Russian born American photographer” is scheduled to come to an end London.
https://jewishmuseum.org.uk/exhibitions/roman-vishniac/
2019: The Atlanta Jewish Film Festival is scheduled to host a screening of “From Cairo to the Cloud: The World of the Cairo Geniza”
2019: The JCC of San Francisco is scheduled to host Bernard-Henri Lévy as he “discusses his book The Empire the Five Kings” which examines “the U.S. withdrawal from world leadership.”
2019: The New York Times features reviews of books by Jewish authors and/or of special interest to Jewish readers including Separate: The Story of Plessy v. Ferguson, and America’s Journey From Slavery to Segregation by Steve Luxenberg, Good Riddance, a novel by Elinor Lipman, Willa and Hesper, the debut novel of Amy Feltman, At The Wolf’s Table by Rosella Postorino and Annelies, a novel by David Gillham as well as a “By the Book” interview with Isaac Mizrahi.
https://www.nytimes.com/2019/02/21/books/review/isaac-mizrahi-by-the-book.html?ref=headline&nl_art=&te=1&nl=book-review&emc=edit_bk_20190222
2020: The New York Sephardic Jewish Film Festival is scheduled to host the New York premiere of “Say Amen” and “Life Will Smile.”
2020: In San Francisco, the American Jewish Committee is scheduled to host a “Lunch and a report on reconciliation and interfaith relations from Rabbi David Rosen and Michael Pappas, director of S.F. Interfaith Council.”
2020: The London School of Jewish Studies is scheduled to host Senior Rabbi Joseph Dweck as he lectures “Meeting God at Mt. Sinai” as described in Shemot.
2020: In Palo Alto, CA, Congregation Etz Chayim,, “The San Francisco Bay Area Jewish Genealogical Society is scheduled to host a workshop to learn how to publish your family stories without being a professional author..”
2020: The Temple Emanu-El Streicker Center is scheduled to host “Create Meaning or Fade Away: The Dilemma Facing American Jews.”
2020: Israeli Prize recipient Professor Asa Kasher, one of the authors of The Spirit of IDF is scheduled to be one of the speakers at the Begin Center during the program “Giving the Fallen a Face – Rescuing Combatants from Anonymity.”
2020: In London, JW3 is scheduled to host a screening of “Leona” directed by Isaac Cherem.

Posted by melamed&mavin at 3:10 PM 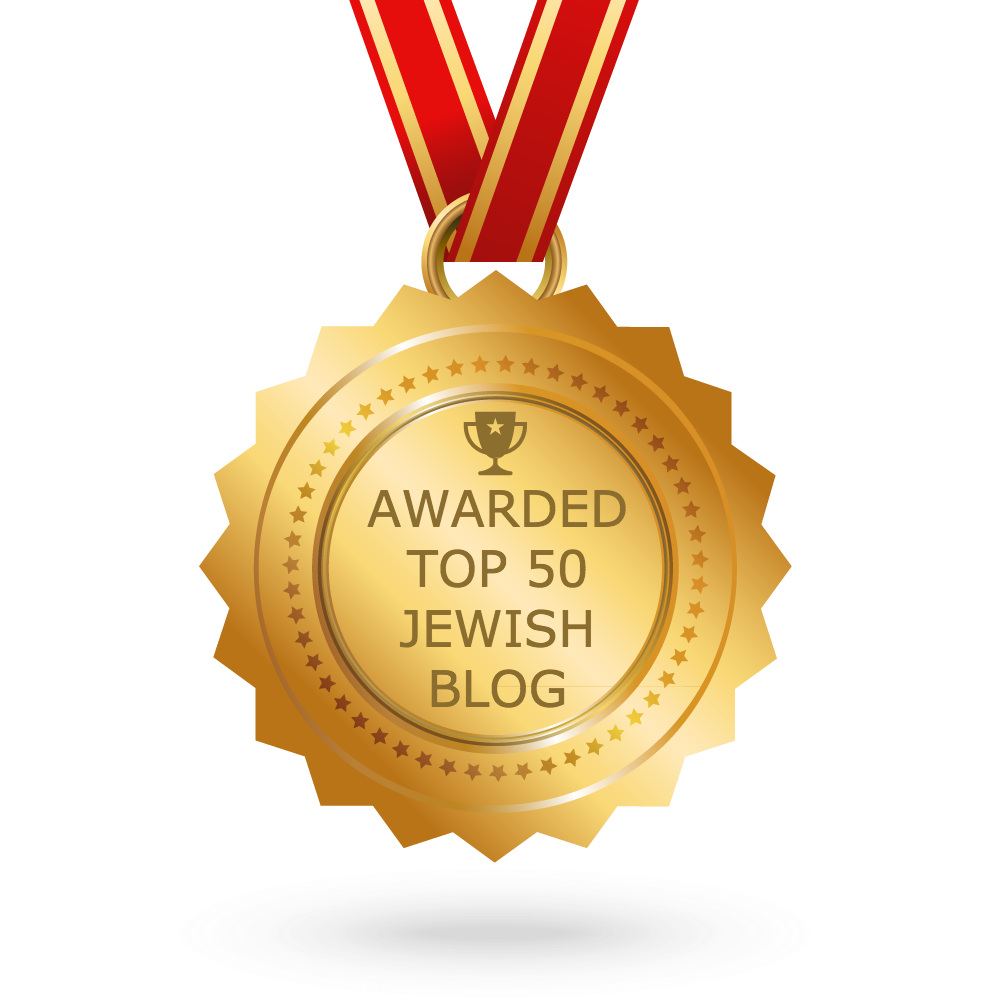 For more information about the Weekly Torah Portion or the History of Jewish Civilization go to http://DownhomeDavarTorah.blogspot.com "This Day...In Jewish History " was originally developed as part of the study program for the Jewish History Study Group in Cedar Rapids, Iowa. There is no claim to originality or scholarship by the "editor", Mitchell A. Levin who is solely responsbile for the content. The sources, including texts and websites are too many and too varied to provide academic citations for each entry or part thereof.